← more from
Joyful Noise Recordings
Get fresh music recommendations delivered to your inbox every Friday. 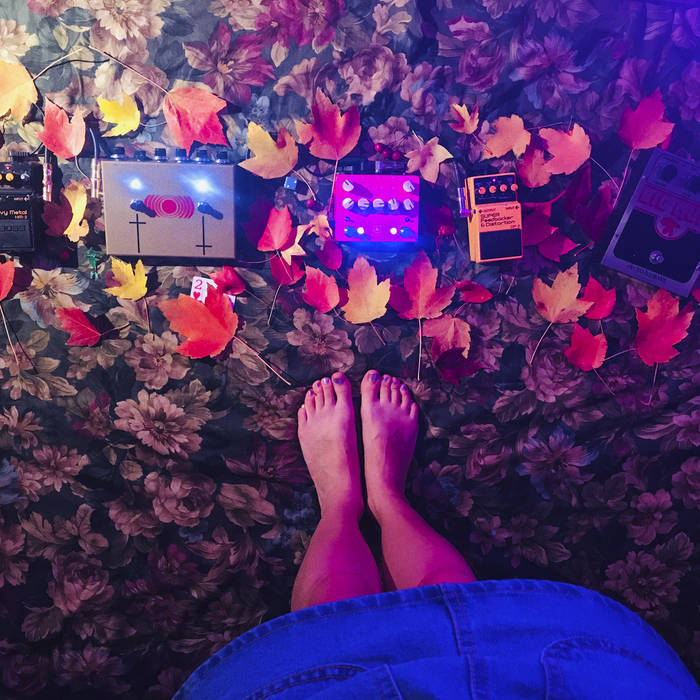 Kidbug’s roots stretch back to December of 2018. For the last several years Joyful Noise has invited their roster of artists to the label’s office in Indianapolis for an annual holiday party. This is when Australian transplant Adam Harding was first introduced to the Croatian-born, Netherlands-based artist Marina Tadic. "We all convened at Postal Recording in Indianapolis to record Christmas songs for the label, and it just sort of grew from there,” Harding explains. When Tadic learned that Harding was also an accomplished video maker (having directed music videos for DJ Shadow, Warpaint, Best Coast, Swervedriver, Sebadoh) she asked if he would make a video for Eerie Wanda. According to Tadic, the creative sparks started flying immediately, inspiring a series of long-distance musical love letters. “The writing started when I went back home. We were both very inspired to start writing songs to each other. It's a funny thing because we're both really slow at songwriting, but for some reason the songs just kept flowing. Within two months or so we had enough to make an album."

The resulting music was raw and personal, naked in its emotional honesty. Tadic and Harding agreed to preserve that purity of expression. “We made a pact that whatever came out, we wouldn't second guess it,” Harding shared. “We were inspired by the honesty and purity of John and Yoko singing love songs to each other,” Tadic added. "We wrote the songs for each other and there was no reason to overthink them or purposefully obscure the lyrics. This made both the writing and recording process extremely fun and spontaneous".

The compositional chemistry between Tadic and Harding effectively channels the late twentieth-century melodic noise-rockers that inspired Kidbug. “We love Nirvana, My Bloody Valentine, The Jesus and Mary Chain, Pixies, Sonic Youth, and all that is definitely an influence,” Harding stated. “We decided to borrow the term ‘cuddlebug sludge’ to describe our music. It was a cute little description that Spin magazine used when writing about the first Dumb Numbers album back in 2013, but it feels even more fitting for Kidbug,” Harding explains. "I’ve often referred to Dumb Numbers as a collaboration, but for the most part I write all the songs and then ask friends to play on them. But writing Kidbug songs with Marina is a dream and feels so effortless". "Kidbug is a true collaboration," Tadic adds. "I have never really been able to write a song with another person. But together we did it effortlessly, like we were one person."

To achieve the full cohesion of cuddlebug sludge, strong rhythmic components were required - Best Coast’s Bobb Bruno was recruited for bass, and Joyful Noise’s 2019 artist in residence Thor Harris was called to fill the drummer’s chair. “Thor was the glue that brought everyone together in a really collaborative way at the Joyful Noise holiday party. He was our first and only choice for a drummer,” Harding emphasized. The album was recorded in 3 days at Postal Recording in Indianapolis, with Tadic once again flying out from the Netherlands, and Thor Harris coming up from his home in Austin, Texas. Melvins’ legend Dale Crover makes a special guest appearance behind the kit on the album's closing track “Dreamy.” “Dale was in town with the Melvins and had a rare day off in between shows so we asked him to come into the studio. I’ve known Dale for a long time and he’s recorded a bunch of songs with me before, but it’s always a huge thrill to record with Dale”, says Harding.

Kidbug’s debut LP is fueled by a deeply charged electrical love, and they hope to return that magical energy to listeners. “This album is a celebration of love. All of my songs with Dumb Numbers have been about endings, but Kidbug is about beginnings,” Harding shared. “We hope to bring love into the world with this album” Tadic adds. “We dig love".

Thanks to Adalita Srsen for band name inspiration, Allison Durst for handclaps on "Stay", Jon Autry for recording assistance on "Dreamy", Jonathan Lee Horne for loaning us gear, Karl Hofstetter and everyone at Joyful Noise Recordings

Dedicated to the memory of Dean Turner

The band was born from the romance of Tadic and Harding, and together with Harris and Bruno they make self-described "cuddlebug sludge”, the harmoniously spiky offspring of Harding’s fuzzy guitar grunge-gaze and Tadic’s dreamy left field pop. ... more

Bandcamp Daily  your guide to the world of Bandcamp